A charity abseil for Football Gambia

Here at Priddy Books we are passionate about encouraging learning and helping children develop their imagination. That is why when I heard about Football Gambia’s Project Sittanunku 2013 I knew I had to get involved!

Football Gambia is a small non-profit UK charity, which promotes education through football in the Gambia (West Africa). Their main goal is to educate the children of the Gambia by providing educational materials and resources to nurseries and schools across the country. The charity’s latest challenge is called Project Sittanunku 2013 and aims to set up an infant school in Sittanunku, north Gambia, for local children and orphans who are currently not receiving an education.

I will be going to Gambia along with a team of volunteers (including qualified teachers and youth workers) to help get the school ready and train the teachers in January 2013. My role once I arrive there will be to work alongside the team to deliver training to local teachers and trainers working with young people to develop their skills and knowledge to enhance the provision they are delivering. 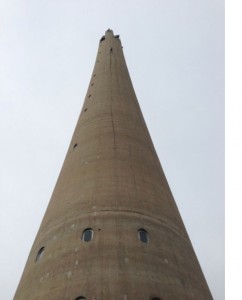 The first challenge I faced before going to Gambia was fundraising. Raising over £1000 seemed like a daunting amount of money. I decided to do something that would be difficult to complete and therefore worthy of people’s sponsorship. As I am terrified of heights, the logical choice was a 418ft extreme abseil!

Throughout October I managed to collect an amazing total of £1400 in sponsorship money. This meant that the pressure was really on for me to successfully perform the abseil. As I reached the top of the Northampton Lift Tower I began to get butterflies in my stomach. The tower was gigantic! Fortunately the trained staff were wonderful and helped me to keep calm. After a lot of encouragement and the longest fifteen minutes of my life I eventually made it down the side of the tower and onto solid ground. It was a great experience but one I won’t be repeating again in a hurry! 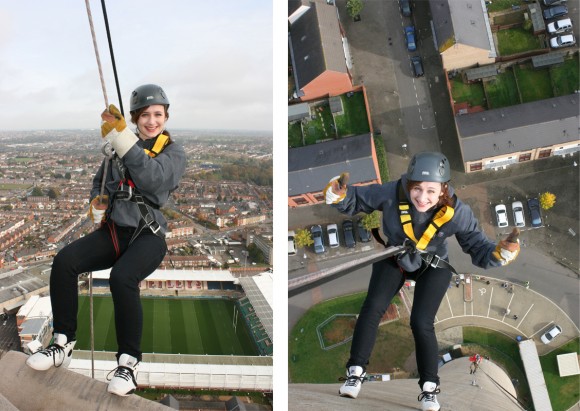 In addition to the generous sponsorship, the Priddy team will also be sending out a shipment of books to Sittanunku to be used as resources in the new school. The project will have a huge impact on the local community and I am very excited that we can be a part of that. I can’t wait until my trip to Gambia in January and will return with lots of photos of our books in action.