A trip to China 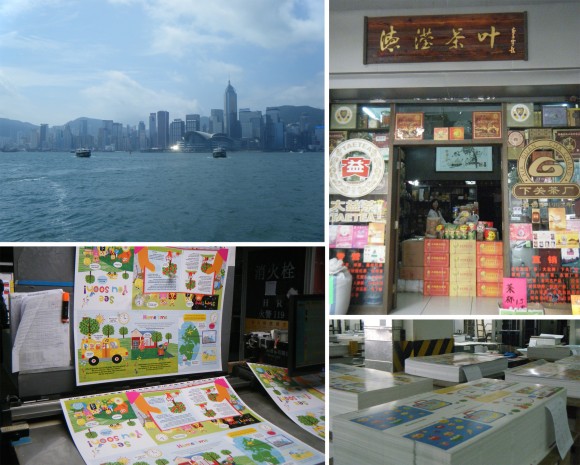 I was very excited to be going on my first press pass trip to China with our production manager, Pip. We were visiting one of our printers to see one of our fantastic new series being printed, called Schoolies. Created by artist and designer Ellen Crimi-Trent,  the books will be out in June.

Our journey began the day after heavy snow had fallen across England, but luckily our flight was only delayed for an hour. We flew into Hong Kong before making our way by ferry to China. It’s a good thing that we weren’t more delayed, because after just a few hours in the factory, the Schoolies print-outs started to appear. My role was to check that all the colours appeared just how we wanted, before thousands of copies were printed and bound to make the books. 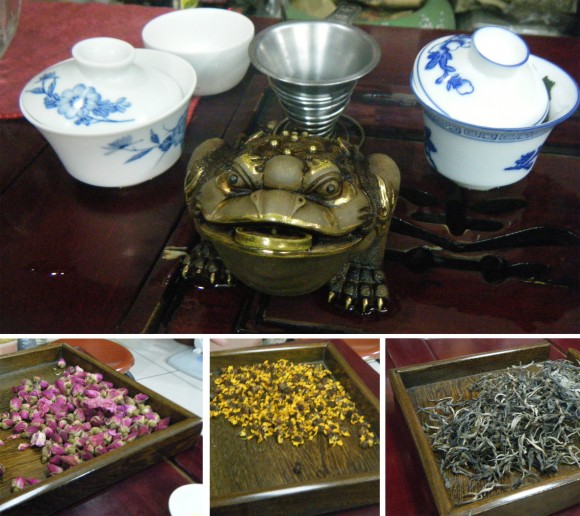 We were very lucky to try lots of different Chinese dishes throughout the week. My favourite was dim sum. We also visited a traditional Chinese tea shop to see how tea is made and taste the different types available – we tried green tea, black tea, rose tea and chrysanthemum tea!

Everywhere we went in China, people were getting ready for Chinese New Year. This is the big holiday in China where families get together, exchange gifts – usually money – and have big meals together. Everybody in the factory was looking forward to it as they had two weeks off. In the Chinese calendar, 2013 is the year of the snake. People born in this year are said to be thoughtful, wise and rational people. We were asked if we wanted to try snake soup in honour of the new year, apparently it tastes like chicken, but we passed on that one!

By the end of our trip, the factory was full of all the Schoolies pages that we had been approving to print throughout the week. We were very pleased with how it all looked – they really are going to be fantastic books!