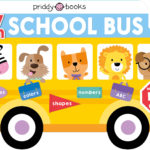 Here at Priddy Books we are really looking forward to the Bologna Children’s Book Fair next week. This event takes place over four days in Bologna, Italy, and is an important event for children’s book publishers. Over 26,000 people take part and visit the exhibition—including publishers, illustrators, booksellers, librarians, and teachers. Our International Sales team... Read more 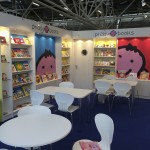 Ready for the Fair!

With less than week to go until Bologna Children’s Book Fair, we are gearing up to showcase some exciting new titles! We’ll be exhibiting at our usual stand (Hall 25 A145). Our International Sales team pick some of their favorite titles. . . “I’m looking forward to presenting the Baby’s First series at the fair–lovely... Read more

End of March can be grim weather wise, which is why the annual Bologna Children’s Book Fair comes at a great time to lift all of our spirits. Usually the weather is better than the UK and by the time you come back the clocks have changed and suddenly everything is lighter and brighter. I... Read more

The Bologna Children’s Book Fair is the world’s foremost children’s book trade fair. This year around 1300 exhibitors from 67 countries will be in Bologna for the fair, which runs from Monday 28th -Thursday 31st March. Emma and myself will be joined by Roger, Claire and Simon at Bologna, where we will be meeting with many of... Read more