… Are the names of the three best friends that are the main characters in a set of
first time storybooks, just published. I will be honest with you, I have published hundreds of books before but these are the first storybooks I have ever written and so I am a little bit out of my comfort zone. I’ll tell you a short story of how they were created. 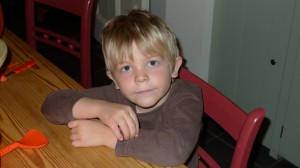 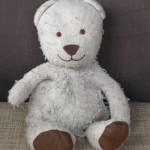 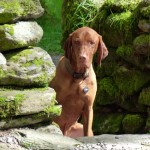 …Gabriel, Teddy and Wallace the dog, and turn them into three friendly characters that appear in a series of simple adventure stories made up at bedtime for my son Gabriel. As I have a really bad memory I drew them all so that I could show Gabe the pictures too (which were usually far funnier than the stories!).

Later I was having a conversation with our sales director in America about the lack of good first stories for our sons and I told him about the stories I had made up for Gabriel, and he asked to see them. So I sent over a few of my scribbles… 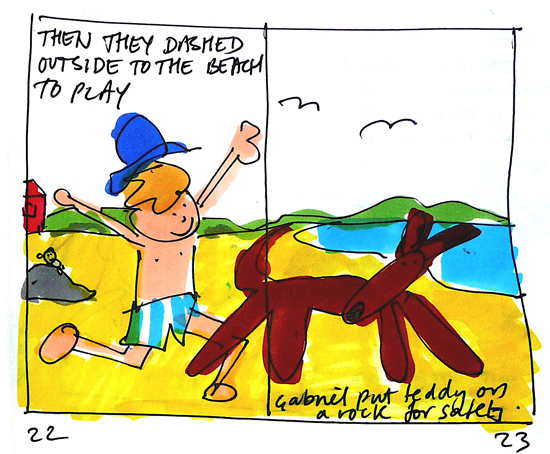 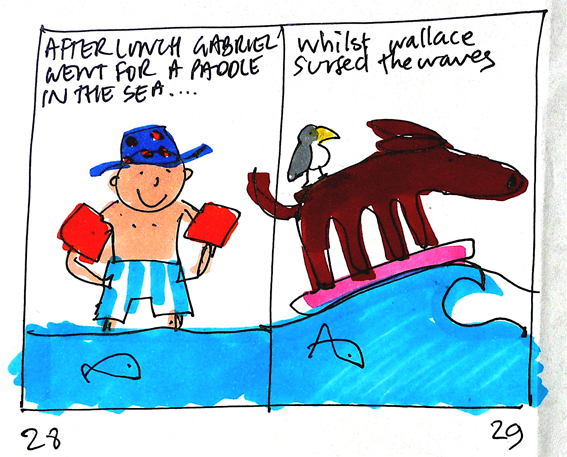 To my amazement he really liked them and we are now publishing them pretty much in their original form. They have however been wonderfully edited by some of our Children’s Fiction gurus in America, the text is now very simple and I have re-drawn the illustrations but still keeping that slightly scribbly look. 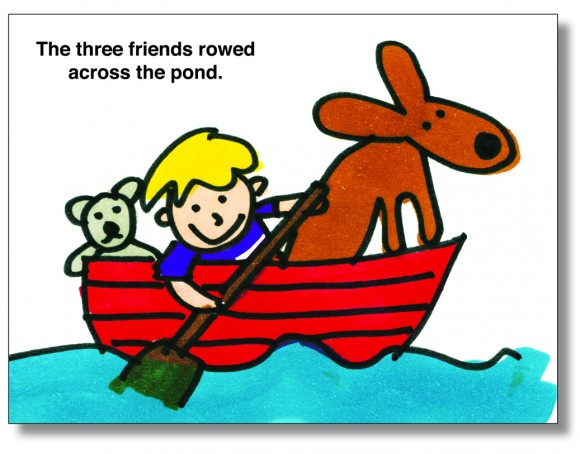 There are five stories that follow the everyday adventures of a boy called Gabe and his two best friends Wallace and Teddy. Wallace is a slightly naughty dog who is always hungry and gets into trouble quite often and Teddy is… well a rather scruffy teddy bear. Gabe doesn’t go anywhere without his two friends. The stories are all based on things that really happened in our family (well, kind of).

Despite writing them with my son in mind I think they will work for both boys and girls, and I have a feeling that Wallace the Dog could be a star. So there you go, stories from my family to yours.

Hopefully you will enjoy them – let me know what you think.

Now back to the early learning books!