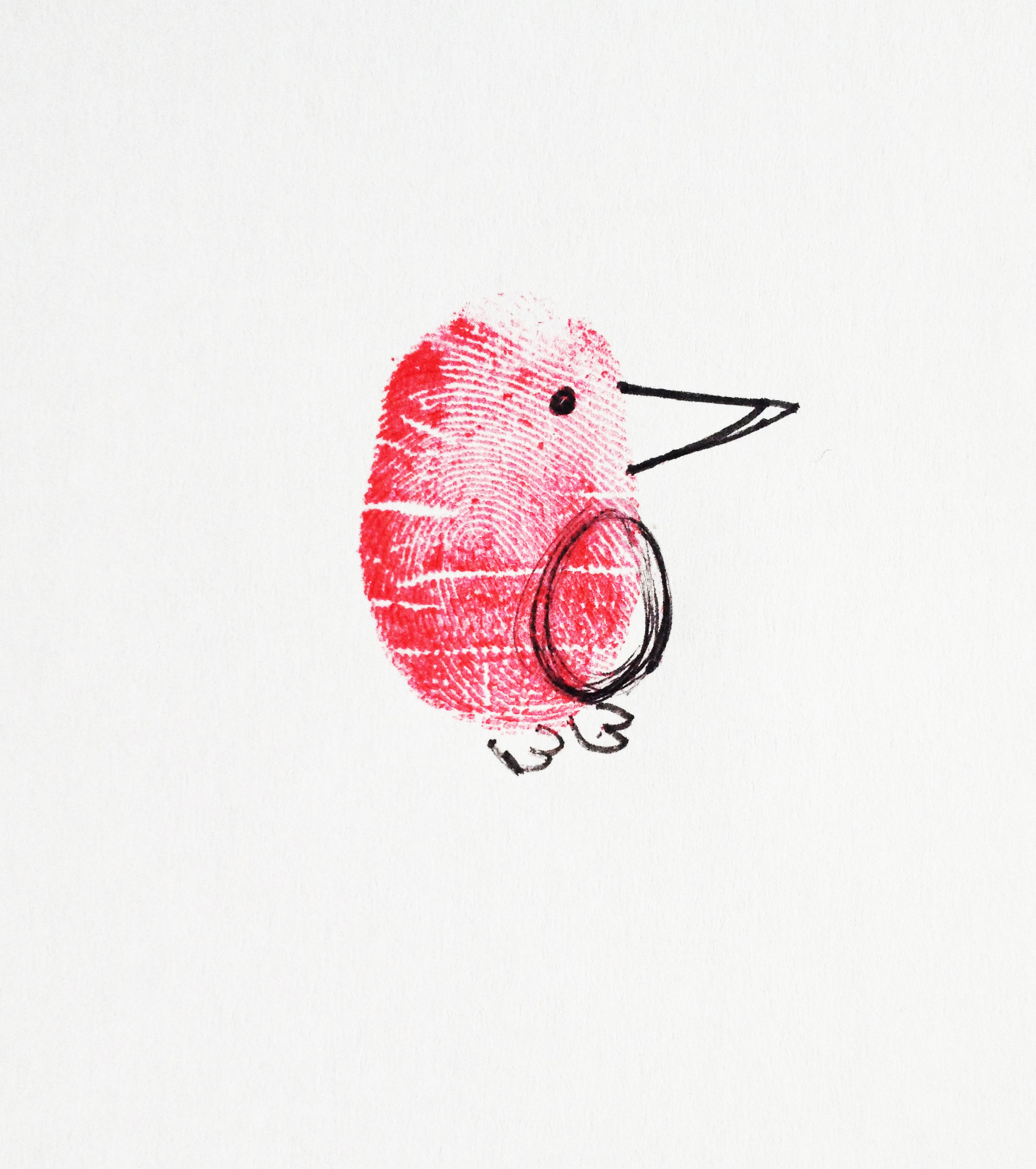 As a children’s book designer, coming up with new ideas is always exciting and inspiration for books can come at any moment. The initial concept for Alphaprints ABC came right at the end of a day in the office, when I saw a picture of a dirty old thumbprint that someone had scribbled over to look like a penguin…my head was racing with ideas! 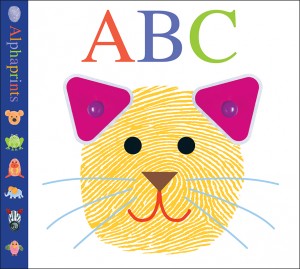 I loved the way a simple thumbprint could become a cute little penguin with a few strokes of a pen, and I thought it would be fun to take it one step further by adding some photographic elements to it, so that’s what I did – I drew him fishing, but with a matchstick, instead of a rod.

I don’t usually work straight onto a computer – I always have a sketch book to hand so that I can get ideas down quickly to come back to later – but, on this occasion, I had a few spare minutes and so I worked up the penguin idea straight away on my screen. The next image I drew was an owl. I happened to have a picture of sunflowers as my background, which gave me the idea for the eyes.

Being a mum inspires me when designing children’s books because I always think ‘Would my daughter like this?’ and ‘Would she learn from it?’ We were practising letters a lot at the time, so I thought ‘I wonder if I could do the whole alphabet in fingerprints?’. I already had animals for O and P…so that was the beginning of Alphaprints ABC!

For the rest of the alphabet, I worked with one of our editors, Sarah, to come up with the designs for each letter as well as the rhymes that go with them. We started with some of the harder letters, like X and Y, as we figured that once these were sorted the rest would be easy.

For some letters, we’d start with the animal and search for photographic images to add – like a feather duster for a squirrel’s tail – but with others it worked the opposite way round. The little sponges we used for the vole’s ears and the crayon tips we used for the iguana’s spikes, I found the objects first and then worked out which animals they would fit best later.

One of the fantastic things about being a designer at Priddy Books is that we all have the chance to influence the books that are produced each year. Roger Priddy happened to be walking past my desk when I was working up the penguin idea, saw the potential and so encouraged me to continue. Sarah and I had a great time working on Alphaprints ABC and I think that comes across in the finished book. I can’t wait to get started on the next title in the series, Alphaprints 123, which will be out next year.