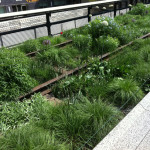 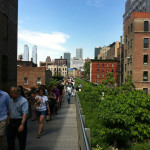 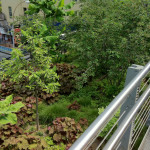 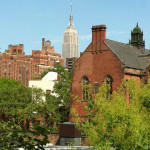 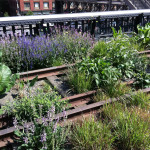 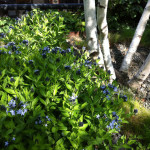 One of the best public places in a city must be the High Line in New York. Surrounded by concrete and brick, the High Line is a floating oasis of calm and green. It was built on top of an old elevated railway line on the West side of Manhattan, and snakes its way above the city below for about a mile and a half. The railway was saved from demolition by members of the public, who then worked with the local authorities to build this impressive garden.

Hopefully other cities will learn from this urban regeneration and make the centres of our cities greener. Kings Cross where we are in London is doing its bit, the area at the back of the station is being re-developed with lots of trees and benches appearing, the Regents Canal is being cleaned up and the impressive Granary square is now open to the public with it’s spectacular water jet feature.

My two royal King’s Cross facts for the Jubilee…

Kings Cross was named after a statue of King George IV was erected on the cross roads here in 1830. For some reason it was taken down in 1842 but the “King’s Cross” name stuck.

And even more interesting, the site was previously know as the Battle Bridge crossroads, said to be the legendary battle site between Queen Boudicca and the Roman invaders.

All that just across the road.