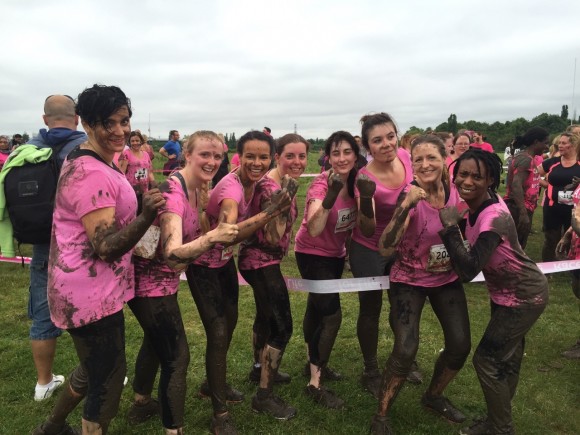 Pretty Muddy 5Ks are being held all over the UK this summer and us Priddy girls were up for the challenge. These fundraising events support the charity Cancer Research UK, so it was a great way for us to raise money as a team.

On Saturday 13th July, the Priddy runners turned up at Wormwood Scrubs in West London to run the Hammersmith Pretty Muddy. We were all sporting our, very clean, pink t-shirts and were ready to race! Spurred on by our fundraising efforts and a successful after-work training program (read: running the gauntlet of central London in rush hour without getting knocked-out by briefcases, or pummelled by elbows), we were all a tad over-excited to say the least. There were thousands of women and the atmosphere was ultra-cheery. After a warm-up in the chilly June air and a lot of ‘slightly nervous’ laughter, we were off!

The fairly tame obstacles in the first couple of kilometres (inflatable barriers and a tyre run) may have lulled us into believing this was going to be a piece of cake. Was it a little early to joke with relief, ‘So much for getting muddy!’ At the 3K mark it quickly became apparent that things were going to get much wetter, and much more muddy when we had to wade through a pool of freezing cold, dirty water. Safe to say, our optimism that we were going to stay pretty-in-pink deteriorated from there!

The following obstacles to tackle were tunnels with thick mud to crawl through, and pools of muddy slop to practically swim across. By this point we had fully embraced the ‘caked-on-mud look’ and given up on the thought of ever wearing our pink t-shirts again!

The last hurdle was an inflatable slide into a pit of sludge. I never thought I would say this, but I thoroughly enjoyed zooming, bum-first into a huge vat of muck! Especially, sliding into muck alongside my lovely colleagues. We clambered out with huge smiles on our faces; it was so much fun and we had raised £1,299.40!

Now all we needed to do was to attempt to make ourselves presentable for our respective journeys home – this required baby wipes, and a lot of them!

… A last, niggling thought on everyone’s mind as the team parted ways: what longer, muddier, tougher challenge can we set ourselves next? Watch this space! 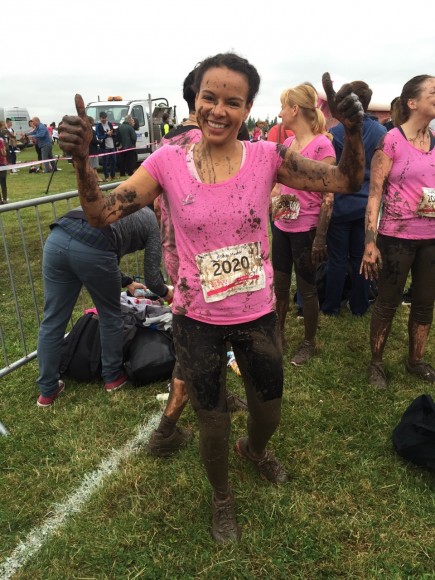