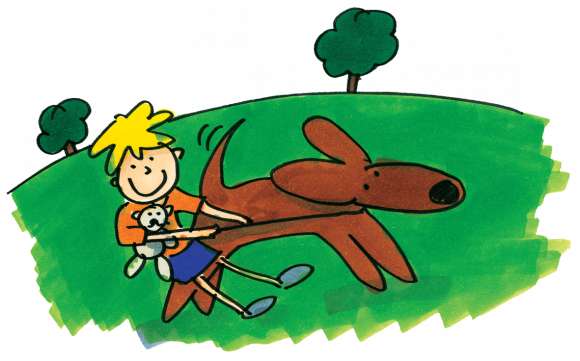 A year ago I wrote a blog post introducing Boys on Safari and other Stories, a series of first time storybooks featuring a little boy, his teddy bear, Teddy, and a funny dog called Wallace. At the end of the post I said that I had a feeling that Wallace the dog could be a star.

Well, Wallace, this is your big chance to become that star… we have created
Play and Learn with Wallace, a series of early learning apps for iPad – and Wallace will be every child’s companion as they work their way through a series of interactive educational games that will teach first words, counting and spelling. 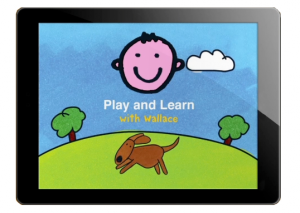 I was a little bit hesitant to get into the world of apps as I have always been a great believer in the tactile quality of a book – especially for preschool kids. If I’m honest, I was also a bit scared of how to actually make one. But there was also the excitement of a new media to play with, and the realisation that this was something that you couldn’t avoid – I was surrounded by kids playing on iPads and phones – and so we jumped in, determined to make apps of the same quality and simplicity as we have with our books. 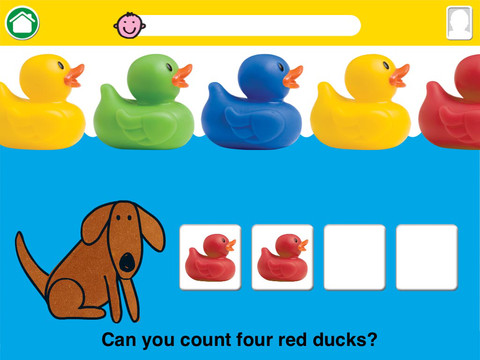 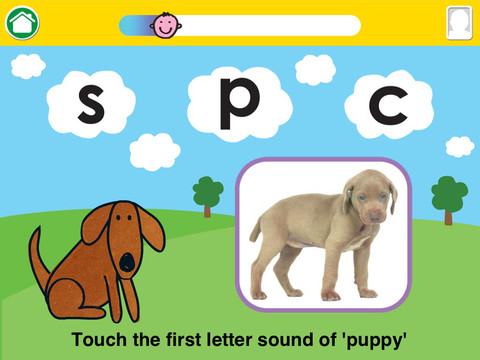 Luckily for me we were able to combine our expertise at making books for preschool kids with Unicorn Labs in California who are experts in developing apps. Without them I would still be playing around with my drawings wondering how they would ever become interactive. We also worked with teachers to get the content just right. 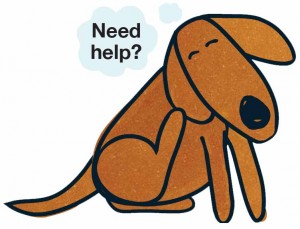 Created in-house by the team at Priddy, with Unicorn’s guidance and their impressive programming skills, Play and Learn with Wallace is a complete early learning play space that will contain 14 different apps covering alphabet, numbers, phonics, colours, sorting, maths, spelling and lots more. And of course, with your child all the way is Wallace the dog, their trusted companion, giving help and encouragement when they need it.

Among the apps’ many great features is the Super Shuffle mode which allows the apps to be shuffled together creating a learning experience that replicates preschool. Our research showed that children learn best when different activities are mixed together. We have also developed a Parent Section so that you can see how your child is progressing, along with a Player Profile that your child can design and add their photo to. Finally, in the Awards Section, they will be able to see the certificates and fun stickers they have earned along the way. 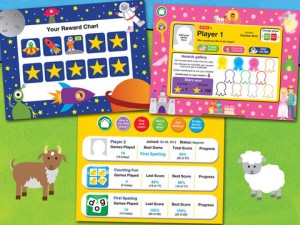 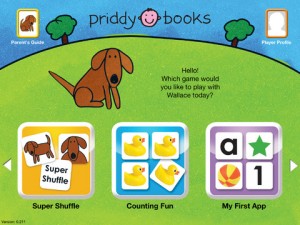 Our Play and Learn play space has just launched with three apps – My First App, First Spelling and Counting Fun – and then we will release an app every month to complete the set. Take a look at our introductory video or just go straight to the App Store and get a free download to see what you think.

Our aim, as ever, is to produce the best early learning product we possibly can – be it paper or electronic. I personally think that a combination of the two is the way to go. So check these apps out as I think they are great fun, and more importantly so does every kid that I show!

Apple, the Apple logo and iPad are trademarks of Apple Inc., registered in the U.S. and other countries. App Store is a service mark of Apple Inc.