Just to show you the lengths we go to to sell Priddy Books around the world I thought that I would share these pictures of our trip to Denver Colorado where we went to see one of our customers. It was a great trip apart from the weather where our visit coincided with a “Polar vortex” as the American weather stations called it, the weekend before it was 23c and went down to -12 on the Tuesday when we got there! This was the coldest day recorded in November for over 100 years. 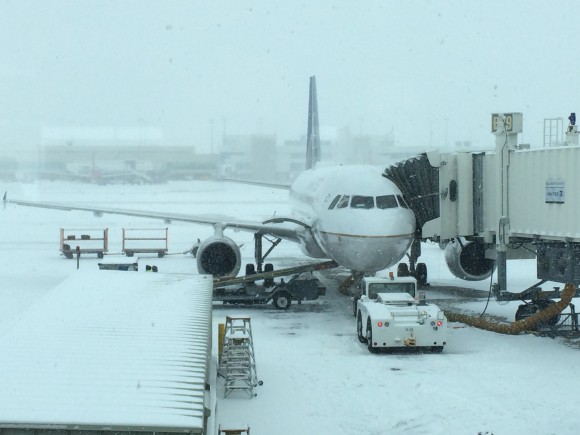 Amazingly, despite the snow and ice flights in and out of Denver were unaffected, although it did make us a bit nervous I’ll be honest. 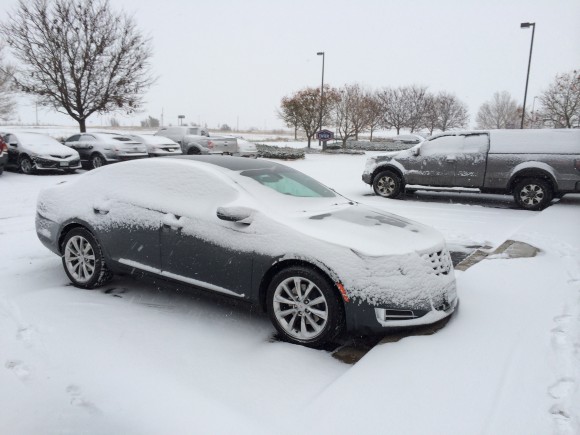 The biggest problem for us was digging the car out of the snow and driving on ice, which didn’t seem to bother anybody else but felt like driving my son’s playstation game to me – lots of sliding around and braking was interesting to say the least. 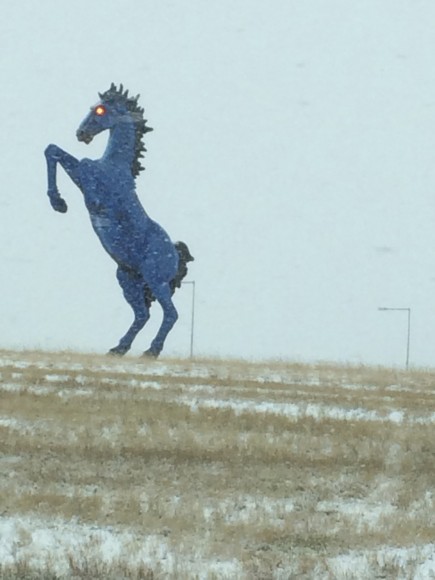 We were happy to get back to the airport following a successful trip, but were then greeted by this giant Denver Bronco with spooky eyes burning through the snow… it nearly made me drive into a ditch!

Next trip I go on will be somewhere warmer!